HomeShopSort by years2012Financial Crisis and Global Imbalances: A Development Perspective 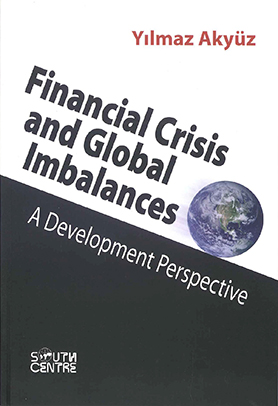 Financial Crisis and Global Imbalances examines – from a standpoint of promoting stability and growth in developing countries – key policy lessons to be drawn from the devastating global economic crisis of 2008-09.

The crisis has exposed deep faultlines in the world economy which increase its susceptibility to instability and crises. A major overhaul of the international financial system is needed in order to reduce the likelihood of virulent crises and manage them better if they do occur. This calls for, among others, fundamental reforms to establish multilateral discipline over monetary and financial policies in systematically important countries, to bring systematically important financial institutions and cross-border capital flows under control, and to involve the private sector in crisis resolution.

Reducing the likelihood of future turmoil also requires that the gap in demand between surplus and deficit countries be bridged, and the skewed income distribution between capital and labour rebalanced.

In this collection of papers on the 2008-09 Great Recession and its implications, leading economist Yılmaz Akyüz underlines the need for economic restructuring along the above lines with a view to more effective crisis prevention and intervention. Given their vulnerability to shocks and limited capacity to respond, he says, this reform process is an endeavor in which developing economies have a crucial interest.

Yılmaz Akyüz is Chief Economist of the South Centre and a former Director of the Division on Globalization and Development Strategies at the United Nations Conference on Trade and Development (UNCTAD).