Mr. Martin Khor, a stellar personality and intellectual of the South, passed away on 1st April 2020 in Penang, Malaysia. Mr. Khor served on the Board of the South Centre (1996-2002) and as its Executive Director  (2009-2018). The South Centre mourns this big loss and extends our condolences to his family. His work and contribution for the South shall live on. Rest in Peace Martin. 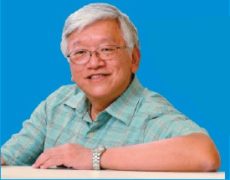 Messages from the Board Members and Convenor of the South Centre

Very sad to learn about the passing away of our dear friend Mr Martin Khor.

He was an intellectual giant. His sterling service to the South Centre and to the rights of the South will always be remembered forever. His writings and talks were stimulating and thought-provoking. It is because of him that South Centre is still functioning as he led by example during its darkest days. His knowledge was always admired. He assisted many countries of the South, when he was Executive Director and even after his tenure was over. His single-minded devotion to the South was unmatched. He rose to the occasion defending the South’s priorities in many international fora. During my tenure as Ambassador and Permanent Representative of India, we had many useful interactions.

He was respected by his peers and his detractors. He had visited India several times and had many friends, including in high places, like our former Prime Minister Dr Manmohan Singh. We will miss him as a good friend of India. Personally it is a great loss . They do not make humans like him any more. He was always helpful and understanding.

I join in the expressions of sorrow at the passing of Martin Khor, who I knew for more than thirty years.

Martin was a giant among the many, past and present, who have been at the forefront of the struggle to promote and advance the cause of developing countries.

In truth, few so ably combined the qualities of activist and thinker! His steadfastness, courage, and intellectual honesty will be sorely missed.

Martin was, above all else, tireless! He not only constantly wrote  to inform, influence, and persuade, but was constantly engaged, and was always ready to act  in accordance with  his beliefs.

His written output was prodigious: it reflected, in particular,  a rare talent to treat technical and complex subjects simply and clearly. This ability was another of Martin’s unique and perhaps irreplaceable gifts.

The South, the Centre, and humanity are much the poorer now that he has left us.

Martin Khor, the pride of the South, fought many battles on behalf of the South. Unfortunately, he could not win the personal fight against cancer. As a towering intellectual from our midst, he was acutely hypersensitive to all the injustices wrought by a grossly unjust post-colonial world order.

With the zeal of a visionary, the humility of a savant, the prowess of his logic, the inclusiveness of his leadership and the genetic wisdom of a southerner, he advocated for justice and for the protection of our shared Planet. His nascent and superb intellect and his mastery of discourse were his tools to carry the voice of the voiceless and to vocalize the words of the speechless.

Like another giant from the South, Dr Frantz Fanon who, in the 1950s, exposed colonialism and its impact on the people of the South, Martin endeavoured to expose the ills of globalization and their impacts.

To Martin’s wife, Ms. Meena Raman, to you, Mr. Chairman and your predecessor, to you dear Colleagues present and former members of the Board, to the Convenor and Vice-Convenor and  former Convenor, and to the staff and experts of the South Centre Secretariat, past and present, I convey my condolences for Martin’s passing.