South Centre-TWN Side Event at the UN Climate Conference in Lima: Perspectives on the 2015 Paris deal: Options on the road from Lima to Paris

Speakers from developing countries will give insights on the critical markers from Lima to Paris in order to secure an equitable and just climate agreement at the South Centre-TWN side event in Lima, Peru.

Report on South Centre-TWN Side Event at the UN Climate Conference in Lima:

China to remain in LMDC and general developing country grouping

The South Centre and the Third World Network co organised a side event on the first day of the UN Conference on Climate Change (known as COP20) taking place in Lima. About 200 people turned up for the side event, which took place at lunch time on 1 December 2014. The panel speakers included the head of China’s delegation Mr. Su Wei, the head of India’s delegation Mr. Ravi Prasad, the Coordinator for the Africa Group on some of the negotiating issues Mr Seyni Nafo of Mali, and South Centre’s Executive Director Mr. Martin Khor. The panel discussion was moderated by Ms. Meenakshi Raman of the Third World Network.

China will remain in the developing country groupings 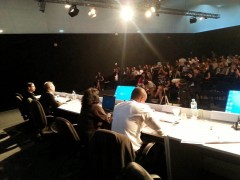 China will remain as a developing country in the UNFCCC framework and will remain in the Like-minded Developing Countries group (LMDC) as well as the more general grouping of developing countries, according to the head of the Chinese delegation, Su Wei, taking part in the Conference of the Parties that opened in Lima on Monday.

Su Wei made this confirmation in answer to a question during a side event on “Perspectives on the 2015 Paris deal: Options on the road from Lima to Paris” organised by the Third World Network and the South Centre at lunch time at the Conference Centre on the first day of the COP20.

Other speakers at the side event were Ravi Prasad, Joint Secretary of the Environment and Climate Change Ministry of India, Senyi Nafo of Mali, speaking for the Africa Group and Martin Khor, Executive Director of the South Centre.

After his presentation, Su Wei was asked by a participant whether the joint announcement made recently by the political leaders of China and the United States on their countries’ climate goals would mean that China would stay in the LMDC and other developing-country groupings at the UNFCCC. (China is also a member of the G77 and China, and the BASIC, comprised of Brazil, South Africa, India and China).

In his response, Su Wei, who is Director General of China’s National Development and Reform Commission, said that “Certainly we will remain in the LMDC and the developing countries in general.” He added that in the joint announcement, “we are committed to a Paris agreement that is based on the principles of CBDR (common but differentiated responsibilities) and equity and is under the Convention, and which is aimed at enhancing the implementation of the Convention. China realises its responsibilities and will do as much as it can towards the 2015 agreement.”

Referring to the US $ 9.7 billion pledged to the Green Climate Fund (GCF) which is for four years, Africa Group spokesperson Senyi Nafo said that this amounts to about US$ 2.5 billion a year, of which about US$ 1.25 billion is for adaptation (50:50% allocation in the GCF between mitigation and adaptation). This, he said is a long way to go in meeting the needs of developing countries, especially that of Africa, LDCs and Small Island Developing states (SIDs).

India’s chief delegate, Ravi Prasad said that Parties have not had any meaningful discussions in the UNFCCC to address the issue of technology transfer and intellectual property rights (IPRs), with many obstacles being put in place not to discuss this issue.

Earlier, Su Wei said the Paris agreement to be concluded next year is under the Convention and its principles, and stressed the importance of the CBDR principle. He added that the deal cannot rewrite the Convention but must strengthen its implementation. Referring to Article 4 of the Convention, he said that all Parties had commitments and the Paris agreement must enhance this. Su Wei said that the under US-China joint announcement, leaders of the two countries in communicating their post 2020 mitigation actions, also expressed their commitment to reaching an ambitious 2015 agreement that reflects the principle of common but differentiated responsibilities and respective capabilities, in light of different national circumstances. This was in recognition of the fact that the US and China are in different stages of economic development with different priorities. For developing countries, t he priority is for socio-economic development and poverty eradication, added Su Wei.

He also emphasized the most important step for enhanced actions under the Convention is for the implementation of the pre-2020 commitments, recalling the decisions taken from Bali (2008) to Lima. Su Wei stressed the importance of implementing the second commitment period (CP2) of the Kyoto Protocol (KP), for its ratification and to raise the ambition level, as the 18% emissions reductions by 2020 based on 1990 levels is not ambitious enough. He expressed hope that developed countries would revisit their emission reduction targets and create the momentum for real action, both under the KP and the Convention. 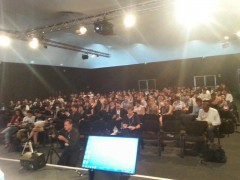 On finance, while welcoming the pledges to the GCF, he said that the scale of the amount still has a long way to go in supporting developing countries, especially the LDCs, SIDs and Africa. Su Wei also highlighted the need to treat adaptation and mitigation on equal footing, as the focus appeared to be on the latter. He stressed the need for developed countries to honour their commitments as the implementation of existing obligations is indispensable for the Paris agreement.

In his presentation, Seyni Nafo said that the main challenge for Africa is that of adequacy which included the adequacy of the long term temperature goal (which for African was 1.5 degree C) and adequacy of the support for adaptation. He said that the US$100 billion related to resources mobilisation (in the pre-2020 timeframe) is not going to do the job, adding that the commitment for resources needs to be needs-based. On the issue of contributions in relation to the Paris agreement, Nafo said that this relates to the commitments of Parties under the Convention. What is nationally determined in relation to the contributions is not the scope of the contributions (whether mitigation, adaptation, finance or technology transfer) but rather the level of ambition. This is because the Convention already determines the commitments of Parties. Hence, the contribution cannot be linked to only mitiga tion, but has to also relate to the finance that is going to be contributed. If the aggregate efforts in relation to the contributions are not enough, then there needs to be a process for the raising of the ambition. On the pre-2020 mitigation gap, there is need to address the real barriers on the ground in countries to enable the raising of the level of ambition and to also provide opportunities for international cooperation, said Nafo.

Prasad said that in relation to the Paris agreement, it should cover all elements, which must all be on the same footing as mitigation, adding that an agreement without finance and technology transfer would not fly. He also stressed the importance of equity and CBDR which must be the basis of the agreement, including that of historical responsibility. He also emphasised the need for developed countries to show clear and manifest leadership, which he lamented has been lacking. He expressed caution on focusing on private sector finance in delivering adaptation actions. He also called for clarity on whether climate finance is new and additional, on top of ODA.

Martin Khor, the Executive Director of the South Centre, in his presentation said that addressing the climate challenge was indeed complex. He referred to the Intergovernmental Panel on Climate Change’s (IPCC) latest assessment report which showed that there was a limited carbon budget left to limit temperature rise to below 2 degree C. The remaining carbon budget is 1,000 billion tonnes from now to the future, while the global emissions of Greenhouse gases totalled 49 billion tonnes in 2011. Khor said that according to these figures, the global carbon budget would be exhausted in the next 20 to 25 years, at the current rates of emissions.

The key issue therefore is how the remaining carbon budget should be shared out, in a fair and equitable manner. He said that the developed countries have overused their fair share of the space with their cumulative emissions since 1870 and that there would be no equity in the agreement if this is not addressed. He said that an agreement with no equity would not be implementable and that therefore equity is the gateway to higher ambition in mitigation actions.

Mr Khor also said that the regime that was emerging for the Paris Agreement in 2015 was each country would put forward “pledges” or goals (now known as nationally-determined contributions”) on what they can do in relation to mitigation actions. This would be justified on the ground of “national circumstances.” This method had originally been led by the United States, and now seems to be accepted by the developed countries, as well as many developing countries. Khor said that this may give “comfort” to the countries as they could put forward what they believe they can do, and use the ground of “national circumstances” to justify this. The problem with this, he remarked, is that all the “contributions”, when added up, would be far from adequate when compared to the overall emissions reduction action that is required to avoid damaging global warming.

Author: This article was written by Meena Raman of the Third World Network. An earlier version of this article was published as part of the TWN’s Lima News Updates and is reproduced here with permission.